Please Note: This article is written for users of the following Microsoft Excel versions: 97, 2000, 2002, and 2003. If you are using a later version (Excel 2007 or later), this tip may not work for you. For a version of this tip written specifically for later versions of Excel, click here: Setting Orientation of Cell Values.

Excel allows you to easily adjust how you want information to appear within a cell. The Alignment tab within the Format Cells dialog box allows you to specify how information should be oriented (in which direction the text should be printed). You can set orientation in the following manner: 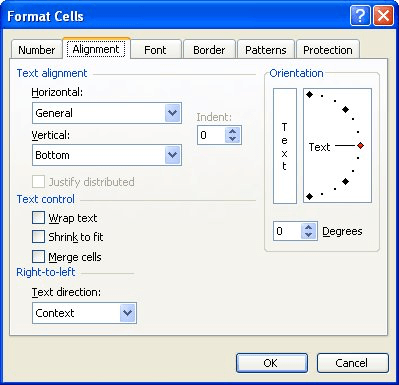 Figure 1. The Alignment tab of the Format Cells dialog box.

ExcelTips is your source for cost-effective Microsoft Excel training. This tip (2758) applies to Microsoft Excel 97, 2000, 2002, and 2003. You can find a version of this tip for the ribbon interface of Excel (Excel 2007 and later) here: Setting Orientation of Cell Values.

If you have Word configured to show markup on-screen and you look through a document, it is easy to tell where changes ...

When you turn on AutoFiltering, Excel displays a drop-down list at the top of each column in your data table. This list ...

Stopping Smart Tags from Being Saved

Don't want Smart Tag information saved with your document? It's easy to make sure that Word doesn't save it, as described ...

You can shade your cells by filling them with a pattern. Here's how to select the pattern you want used.

Hiding information in one or more cells can be a challenge. This tip presents several different techniques that can help ...

Want a quick way to add some underlines to your cell values? It's easy using the shortcuts provided in this tip.